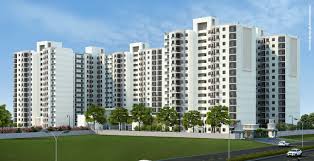 The Cabinet has approved the establishment of a ‘Special Window’ fund to provide priority debt financing for the completion of stalled housing projects that are in the Affordable and Middle-Income Housing sector.

The government will infuse Rs.10,000 crore into the fund to be set up as a Category-11 AIF (Alternate Investment Fund) debt fund registered with SEBI.

The fund will get support from investors from institutions like LIC and SBI, rising to Rs.25,000 crore, according to ANAROCK Property Consultants.

For the first AIF under the Special Window, it is proposed that SBICAP Ventures Limited shall be engaged to be the Investment Manager.

The fund would in turn would provide relief to developers that require funding to complete a set of unfinished projects and consequently ensure delivery of homes to the home buyers.

Since the real estate industry is intrinsically linked with several other industries, growth in this sector will have a positive effect in releasing stress in other major sectors of the Indian economy as well, said the Cabinet on approving the fund on 6 Nov 2019.

The approval follows the Finance Minister’s announcement on 14 September 2019 of a special window for affordable and middle-income housing.

The special window will provide last mile funding for housing projects which are stressed.

Problems being faced by home buyers, developers, lenders, and investors were ascertained to be addressed through the Special Window, it said.

The timeline for setting up this fund and its actual implementation is quite critical, said Anuj Puri, Chairman of ANAROCK Property Consultants.

Also, the special window will get investments from institutions like LIC, SBI and others which will take the corpus to nearly Rs.25,000 crore. The fund will also be open to other sovereign funds to add to the corpus, he said.

More importantly, several NPA projects and those facing bankruptcy proceedings under NCLT shall also be included provided they are not referred for liquidation. This will bring in even more stalled projects into the eligibility criteria and give relief to more aggrieved homebuyers, said Puri.

A total of 5.76 lakh units (launched in 2013 or before) across budget segments are stuck in various stages of non-completion in the top 7 cities alone, according to ANAROCK data. fiinews.com