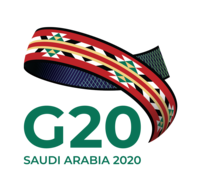 The world recognizes opportunities in the Indian market

India is “not in a position” to accept the concept of Data Free Flow with Trust (DFFT), though the world recognizes the huge opportunities in the country.

“We are actively welcoming investment in infrastructure creation and our industrial and services businesses. The world is also recognizing the huge opportunities in India,” Commerce and Industry Minister Piyush Goyal has told the virtual meeting of the G-20 Trade and Investment Ministers on 22 Sept 2020.

But he was firm in pointing out India’s stand on the concept of DFFT which is neither well understood nor is comprehensive enough in the legislation of many countries.

“Moreover, in view of the huge digital divide among countries, there is a need for policy space for developing countries who still have to finalize laws around digital trade and data,” said Goyal.

“Data is a potent tool for development and equitable access of data is a critical aspect for us. India, like many other developing countries, is still in the phase of preparing a framework for its data protection and e-commerce laws.

“Moreover, the existing regulations on which DFFT is sought to be premised, such as uninhibited cross border flow of data, are grossly inadequate to address our concerns on data access. This could further aggravate the digital divide,” he stressed.

India, along with some other G-20 Members, did not participate in the Osaka track last year due to these reservations.

Describing G20 as a significant grouping representing the majority of the world’s population, its GDP and trade, Goyal said “We must pursue an agenda that is universally beneficial and also takes into account the interests of Members outside the G-20.”

He stressed on the need to be sensitive to diverse economic realities.

“We are actively welcoming investment in infrastructure creation and our industrial and services businesses. The world is also recognizing the huge opportunities in India,” Goyal also said.

On the issue of a multilateral trading system, Goyal said that India believes that it must be fair, transparent and balanced.

Reforms must preserve core values and fundamental principles like non-discrimination, inclusiveness, recognition of including Special and Differential treatment, and consensus-based decision making.

He said that India is supportive of the Riyadh Initiative which seeks to provide support to this reform process.

“However, we must recognise that WTO is a member-led organization, and the G-20 must not seem to be intrusive and driving the agenda for the multilateral trading system. Rather, our priority should be to correct the asymmetry and imbalance in the existing trading system”, said Goyal.

Describing services as a critical driver of economic activity, Goyal said that for most countries, it contributes to more than half of their GDPs and has been adversely impacted due to the ongoing pandemic.

Since the sector is employment intensive and provides livelihood to the many, he said that it is important to prioritise services in the future agenda of the G-20, said the Minister. #data #WTO #investment #technologies #trading /fiinews.com