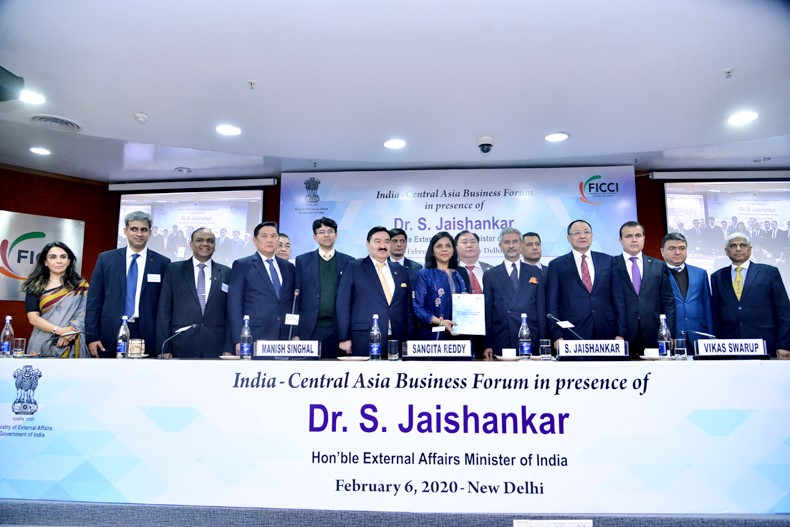 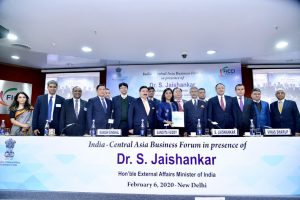 The Indian industry should play a big role within the framework of the India-Central Asia Dialogue in line with the government’s commitment to have a vibrant partnership.

This call was made by Minister of External Affairs Dr S Jaishankar at the ‘India-Central Asia Business Forum’ held 6 Feb 2020 jointly by the Ministry and FICCI.

“As the larger economy, I call upon Indian businesses to take greater interest in the Central Asian market,” and expressed hope that India’s economic growth in our extended neighbourhood would grow exponentially in the coming years,” he said at the launch of ‘India-Central Asia Business Council’ in New Delhi.

Great potential exists in enhancing trade and economic engagement between India and Central Asia but lack of efficient overland connectivity is a major challenge, he pointed out.

India proposes to overcome this challenge through Iran’s Chabahar route, for which the Union Budget has allocated Rs.100 crore in FY 2020-21.

“India, Iran and Afghanistan believe that Chabahar will become the fulcrum of connectivity for Indian goods to reach Afghanistan and further north to Central Asian states and for the landlocked Central Asia to find access to ocean through this port,” Dr Jaishankar said.

He also emphasized on the need to examine the viability of establishing air corridors between India and the Central Asian states.

“While flying time from Delhi for most of the Central Asian destinations is 2 hours, it may take 2 months for containers sent overland from India to reach these places. Availability of air corridors can boost trade in perishable goods, agricultural and food products,” said the Minister.

He encouraged FICCI to take lead in bringing together stakeholders to examine the potential of air corridors.

“Medical tourism to India from Central Asia has a great demand. In the field of education, a good beginning has been made with the opening of Indian private universities in Uzbekistan,” he said.

The council is being developed as an institutionalized platform for promoting trade and investment ties between India and the Five Central Asian countries namely Kyrgyz Republic, Kazakhstan, Tajikistan, Turkmenistan and Uzbekistan.

“We understand a concrete beginning has been made and we, the Indian industry, are of the firm view that the initiative shall go a long way for our countries to redraw and weave ‘New Silk Route’ that shall bind India and would allow it to rediscover its long-standing cultural, economic and civilizational bond with strategically important Central Asian countries,” said Dr Reddy. fiinews.com

Underlined: Necessity of self-reliance in arms

Underlined: Necessity of self-reliance in arms