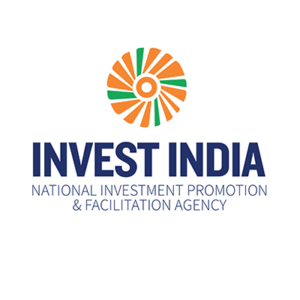 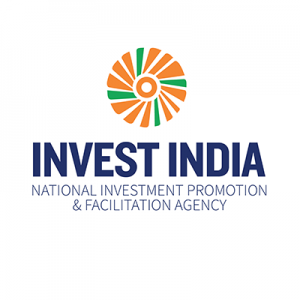 The latest tax rate cut will be a major boost to the animal spirits of corporate India and will reinvigorate the manufacturing sector which has been going through a difficult phase of late.

Commenting on the latest corporate taxes, announced by Finance Minister on 20 Sept 2019, FICCI President Sandip Somany said: “Lowering of income tax on corporates is a long-standing FICCI request. These announcements will give a major boost to the animal spirits of corporate India and will reinvigorate the manufacturing sector that has been going through a difficult phase of late.

With the kind of corporate tax rate cuts announced by Finance Minister Nirmala Sitharaman on 20 September 2019, India now becomes a competitive market in the region with rates similar to those prevailing in the ASEAN countries.

“FICCI is sure that this trigger will lead to a virtuous cycle of investments, growth and higher employment. We are grateful to the Finance Minister and the government for being bold and resolute in its approach towards the economy and addressing the problems in a very comprehensive and focused manner,” said Somany.

The additional measures announced to stabilise the flow of funds to the capital markets by not applying the enhanced rate of surcharge on capital gains arising from sale of equity shares and units of equity funds is another major positive.

“This will make India an even more attractive destination for funds flow and is bound to draw much greater attention from foreign institutional investors,” Somany hoped.

“Finally, the decision to allow Corporate Social Responsibility (CSR) funds to be used for supporting incubators set up by central and state governments as well as supporting Universities, autonomous institutions as well as research bodies that are publicly funded clearly indicates that the government wishes to promote Public Private Partnership (PPP) in scientific research and development and make India move up the innovation ladder,” Somany said.

The Federation of Indian Export Organization President Sharad Kumar Saraf also welcomed the tax cuts, saying the slashing of Corporate Tax and allocation of CSR for R&D would increase the flow of investment in manufacturing and exports.

Hailing the reduction in Corporate Tax Rate to 22% for domestic companies and 15% for new companies, he said that such reduction would attract much needed investment both through FDI route and domestic investment.

The timely move would also help in attracting investment from companies in China who are looking for new destinations for expansion or starting a new venture with an eye on US market, he believes.

It will encourage investment in the existing domestic companies also giving them the scale to cater to the huge market of US and China.

The technology companies in small segment may migrate to medium size companies with equity participation from overseas.

The effective rate of 17.01% is very attractive as the similar rate in US is about 21% and in China about 25%. The reduced rate has given further stimulus to investors attracted to India as a market.

Saraf said that the allocation of 2% CSR fund on incubators, IITs, national laboratories and specified agencies engaged in conducting research would not only establish industry academia relationship but would give a push to R&D and product innovation which is need of the hour in exports particularly as India is focusing now on sunrise sectors of exports.

The drastic reduction in corporate taxes is a huge game-changer for the economy and is truly a decisive announcement for awakening animal spirits of investors, said the CII, echoing along with FICCI and FIEO on 20 Sept 2019 just after the latest tax announcements.

It will catalyse investments, particularly in manufacturing, infuse huge confidence among investors, and set a new springboard for growth. The mega Corporate Tax stimulus is a major move to boost investors sentiments, encourage manufacturing and awaken animal spirits in the economy.

Cut in corporate tax from 30% to 22% without exemptions has been a long-standing demand of industry and is an unprecedented and bold move by the Government,” said CII President Vikram Kirloskar.

CII stressed that the collaborative approach of the Government in taking the landmark decisions is evident in the announcements.

Key CII submissions to the Government are included in the measures, including lowering corporate tax rates without exemptions and reducing MAT. CII had also suggested that mandatory CSR provisions should be extended to social business enterprises.

“This consultative approach has further bolstered positive spirits in industry that the government is on a fearless track to ensure that India becomes as competitive on tax rates with the rest of the world. This also indicates that the government is adopting a tax stimulus route rather than using increasing government spending route to help the recovery process of the economy. Coming just ahead of the festive season, there could not have been a better news as the entire country gets ready to celebrate.”

The Finance Minister has given industry what it asked for by lowering corporate taxes for new companies to 22% without exemptions and incentives. The major cut in tax rates places India in a formidable position to capture new growth opportunities and create massive employment. Industry warmly welcomes these decisions and thanks Hon’ble Prime Minister for this commendable strategy, added the CII statement.

The decision to bring down tax rates for new manufacturing companies to 15% makes Indian tax rates competitive with comparator nations and would greatly encourage manufacturing at a time when global supply chains are shifting, stressed CII. It is in line with CII’s recommendations since long to cut corporate tax rates to align India’s tax rates with other economies to make India a globally attractive investment destination.

Another major step announced by the FM today was extending 2% CSR spending to R&D in collaboration with public funded universities and leading institutions. This will benefit R&D spending by industry which currently stands at just 0.3% of GDP. Further, it will generate industry-academia collaborations for commercialisation of research in science, technology, engineering and medicine related to sustainable development goals.

The step to reduce MAT to 15% is a notable relief for industry as it had been raised over the years. Alleviating enhanced surcharge on capital gains including for FPIs and grandfathering companies with existing incentives is also a very positive initiative, said CII.

CII stated that today’s announcements counteract the economic slowdown and reiterate that the Government can take tough and bold decisions to ensure revival of market forces.

Overall, the landmark decisions announced on 20 Sept 2019 promise to be a new milestone for India’s economic growth process. fiinews.com

NHAI to use AI-ML in the highway management system