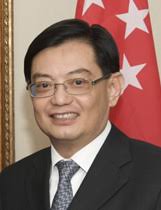 Heng: More can be done on economic front

“India has advantage of a young and talented population. I believe that in the digital economy, India will have a significant advantage, but the key thing is that we must invest a lot in education and if we can do that it would be a significant difference,” said Heng at the Mint Asia Leadership Summit held in Singapore on 6 Sept 2019.

“I do believe that digital banking, payment and transaction can significantly cut costs. And India has advantage today which I believe you should work on and making all the necessary changes.”

He also noted the massive improvement in communications in India through the large volume of mobile phones used in the country, and how this has improved the marketing process even for fishermen who are guided while at sea to head for offloading their catch to ports where demand is based on fish species.

“Across many different areas, we are seeing a lot more exchange and there are many things I think we can do as both economies and as nations continue to try and make progress for our people,” said Heng.

The relationship between India and Singapore has been deepening broadly over the years, he observed.

“I believe that we all would like to continue to grow our economy and growth and development are going to be important for us to be able to raise the standard of living of the people.”

Singapore, he added, is keen to partner India in economic development.

“There is a lot that we can do on the economic front,” he told some 400 delegates at the summit.

Heng, who is also the Finance Minister, noted the presence of over 8,000 Indian companies in Singapore, the largest contingent from a single country.

“I am glad they find Singapore a good place for operation in Southeast Asia and the world,” he said. fiinews.com