Greece can be a European-country hub for Indian businesses

Puri wants to reach out to Southeast Europe 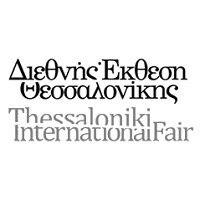 Puri wants to reach out to Southeast Europe

Greece, which is a member of the EU, Eurozone, and International Organizations, can become a European country-hub for Indian companies in key sectors such as technology, aerospace, pharmaceuticals, agricultural production and processing, energy, shipping, tourism, mining, food and culture.

This is how the Minister of State for Commerce and Industry, Hardeep Singh Puri sees prospects for Indian companies in Greece as he highlighted the potential for their reaching out to the wider region of Southeast Europe.

Speaking at the 84th Thessaloniki International Fair (TIF) in Greece recently, he called on the Indian companies to strengthen bilateral trade relations between the two countries.

“India today is known for its advancement in the field of engineering, technology, space programmes and latest advancement in medical surgeries and treatment apart from its rich heritage, culture, textiles, Ayurveda, Yoga and its varied cuisines,” said the Commerce and Industry Ministry in a release on 9 Sept 2019, following India’s participation in TIF.

Puri also restated that India welcomes investments and is already playing a leading role in the global developments of technology, innovation and science.

India has reached the 52nd place in the Global Innovation Index 2019. A culture of innovation is now at centrestage and India is engaging actively with international organizations like the World Intellectual Property Organization.

The Government is working towards taking the country into the top 25 innovative economies soon, he added at the TIF held 7-15 Sept 2019.

The TIF September 2019 fair was attended by officials of Indian Government from the Ministries of Commerce and Industry, Electronics & Information Technology, and Tourism, and officers of Embassy of India in Greece, International Trade Promotion Organisation, India Brand Equity Foundationand Confederation of Indian Industry as well as prominent Indian entrepreneurs.